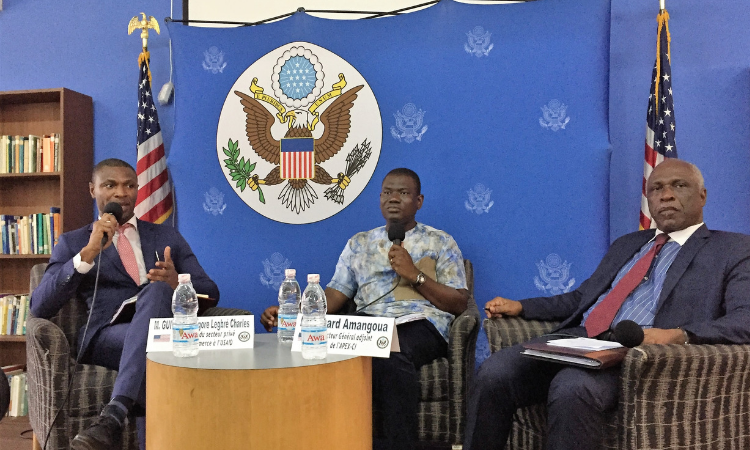 Democracy in Progress (DIP), U.S. Embassy Abidjan’s flagship radio program, brought together more than hundred business leaders and entrepreneurs, including members of Cote d’Ivoire’s African Women’s Entrepreneurship Program (AWEP) chapter. The live show, which was organized ahead of the 2019 AGOA Forum scheduled for August 4-6 in Abidjan, featured USAID Private Sector and Trade Specialist Pythagore Legbre Charles Guigui and Gerard Amangoua, the deputy director of the Association for the Promotion of Exports. The discussions focused on the advantages of AGOA for Côte d’Ivoire and other eligible countries, providing an opportunity for the women business leaders to learn about the procedures to export to the United States under the AGOA. The event was an opportunity for networking, mentoring, and coaching. The program was recorded by La Radio de la Paix, a former United Nations (UN) radio station with nationwide coverage and other media outlets, including RTI, the state broadcaster and Business 24, a private television channel.