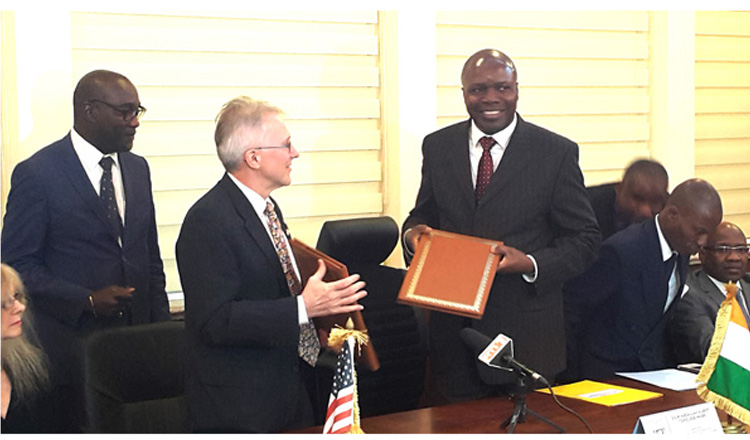 Yesterday, U.S. Ambassador Terence P. McCulley and Foreign Minister Albert Toikeusse Mabri signed the United States-Côte d’Ivoire Open Skies Agreement in Abidjan.  The agreement, which is the result of negotiations by the Departments of State, Transportation and Commerce with their counterparts in the Government of Côte d’Ivoire, entered into force immediately.

The agreement deepens the commercial and economic the ties between our two countries by establishing the framework for a modern commercial aviation relationship.  It creates new opportunities for expanded air transportation services, offering potential benefits for travelers, airlines, and businesses of both countries.  By facilitating the development of new air links, the agreement creates opportunities for economic growth in sectors beyond aviation, including tourism and manufacturing.

U.S. Ambassador McCulley said this agreement “is the culmination of years of work and negotiations between our nations…I look forward to the day when our two countries, which are united by many shared values, are also united by direct flights between us.”

Côte d’Ivoire is one of 27 Open Skies partners for the United States in sub-Saharan Africa.