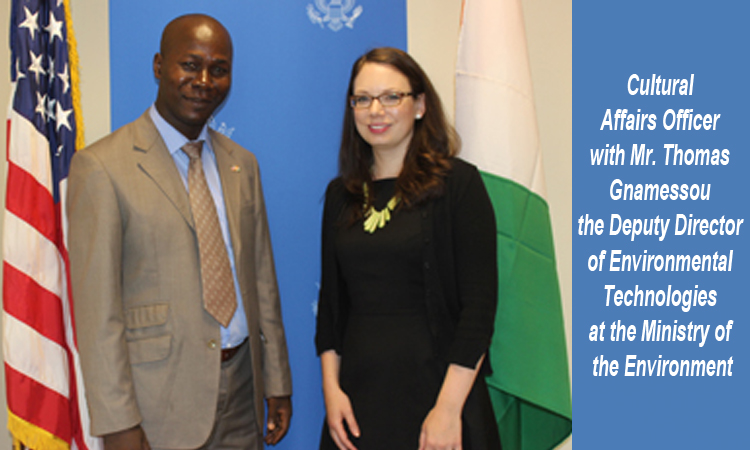 ABIDJAN – The Embassy of the United States in Abidjan is pleased to announce that Mr. Thomas Gnamessou has been invited to the United States to participate in The Hubert H. Humphrey Fellowship Program.  The Humphrey Program brings professionals from developing and transitioning countries to the United States for one-year, non-degree programs on U.S. university campuses that combine graduate-level academic work with substantive professional affiliations.  Humphrey Fellows are selected based on their potential for leadership and their commitment to public service in either the public or the private sector. The Humphrey Program fosters a mutual exchange of knowledge and understanding about issues of common concern in the United States and the Fellows’ home countries.  The Program offers Fellows valuable opportunities for leadership development and professional engagement with Americans and their counterparts from many nations. More than 4,000 men and women have been honored as Humphrey Fellows since the program began in 1978. Approximately 200 Fellowships are awarded annually. Eighteen major universities in the United States host Humphrey Fellows. These host universities are chosen for their excellence in the Program’s designated fields of study and for the resources and support they offer Humphrey Fellows.

Mr. Gnamessou is the Deputy Director of Environmental Technologies at the Ministry of the Environment.  While in the United States he will conduct research at Cornell University in Ithaca, New York, and at the Federal Emergency Management Agency (FEMA) in Washington D.C.  His project will initiate collaboration between the United States and Côte d’Ivoire in disaster relief.