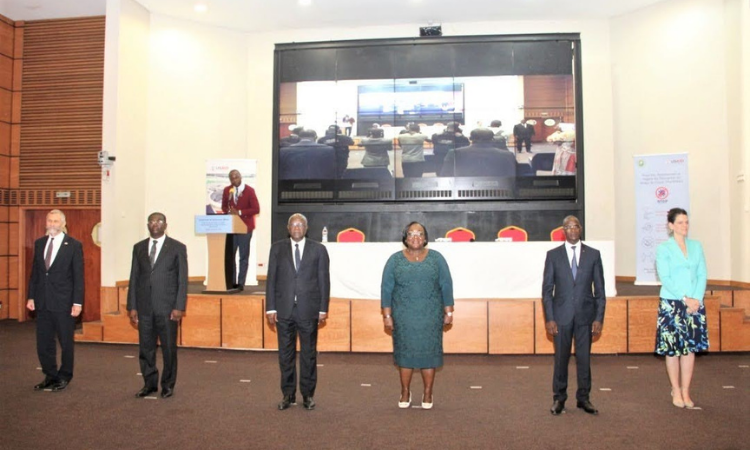 MuniWASH is a five-year, $13 million USAID regional assistance program with approximately $7 million anticipated for activities in Côte d’Ivoire.  The project will provide technical assistance to eight Ivoirian municipalities – Abengourou, Abobo, Bouaké, Gagnoa, San Pedro, Soubré, Yamoussoukro, and Yopougon – to develop water, sanitation, and hygiene services that more sustainably meet the essential needs of poor and underserved populations living in urban and peri-urban areas. At the launch ceremony, the mayor of each of the eight benefiting cities signed a Memorandum of Understanding with implementing partner TetraTech outlining the terms of the project.

According to Ambassador Bell, MuniWASH demonstrates the U.S. political consensus that the most precious asset of any country is its people.  “MuniWASH supports Côte d’Ivoire’s ambitious program to expand water access to all Ivoirians over the next ten years,” Bell stated.  “The United States will continue to support Ivoirian efforts that strengthen systems and promote good governance and partnership between our two countries.”

“This project demonstrates the cooperation between the Ivoirian State, municipalities, and development partners.  It is part of the social policy of the government, which declared 2020 to be the year of promoting access to basic social services for the population,” declared Minister Vagondo Diomandé, who is also Minister of Security and Civil Protection.