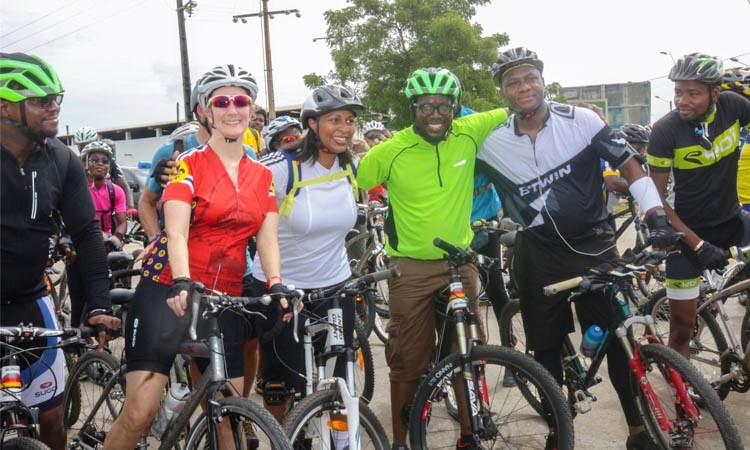 “Pédalons Pour la Paix. “or “Ride for Peace” was organized to pay tribute to the victims of the March 13, 2016 terrorist attack. Over 100 bicyclists participated in the ride to Grand Bassam on March 11th, 2018 including American Embassy employees and family members, the Minister of Youth Employment Sidi Toure, the cycling club of Abidjan, and alumni of U.S. government exchange programs.  Upon arrival in Grand Bassam, the bike ride participants laid a wreath of flowers at Etoile du Sud, one of the sites attacked. As the Minister Toure said, “Sports can bring people together- let’s say no to terrorism!”