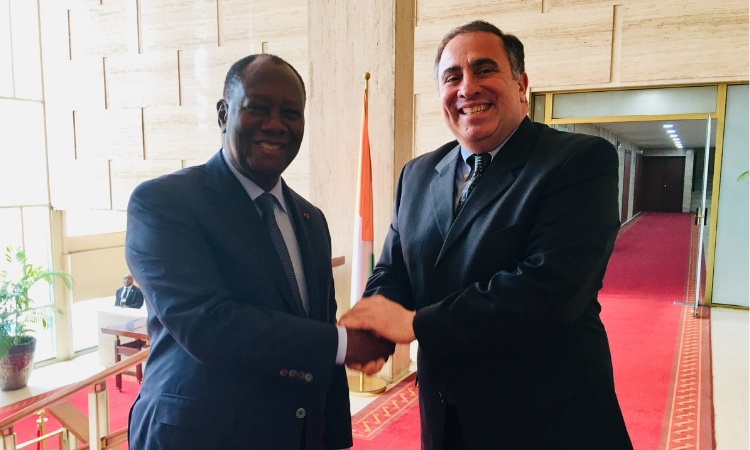 ABIDJAN – Ambassador Alex Laskaris, Deputy Commander of the United States Command for Africa Civil-Military Commitment (AFRICOM), met on March 24 2019 with the President of Côte d’Ivoire, Alassane Ouattara. Discussions focused on defense cooperation and the strengthening of government and economic institutions in the region.

“The meeting provided an update on security issues in the region and the effectiveness of US military and diplomatic programs and assistance,” said Ambassador Alex Laskaris. “It was clear that our partnership is valued … Côte d’Ivoire continues to make progress in actively strengthening the institutions responsible for governance, security and the economy.”

The meeting between President Ouattara and Ambassador Alex Laskaris takes place on the sidelines of Obangame Express 2019, an exercise in which Côte d’Ivoire recently took part. Organized by the US Command for Africa, Obangame Express 2019 is designed to enhance regional cooperation, maritime awareness, information-sharing practices and tactical interdiction know-how to strengthen the collective capacities of the countries of the Gulf of Guinea and West Africa and to combat illicit activities at sea.