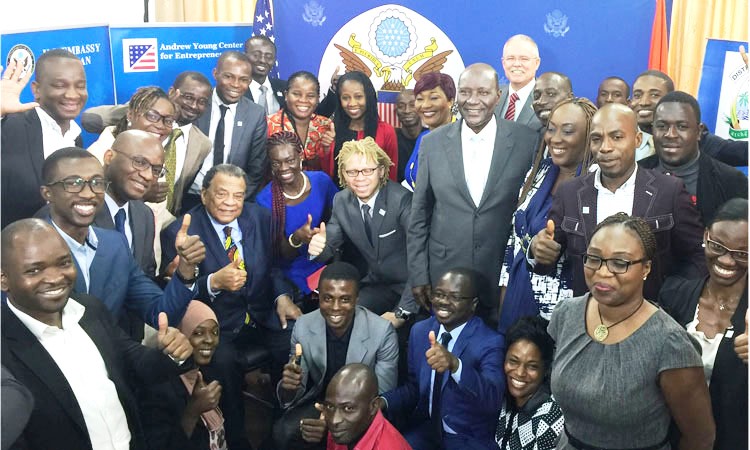 The fellows asked Young to recount memories of the civil rights movement, provide advice to activists today, and reflect on whether non-violence could counter terrorism. “Violence doesn’t end violence. It only creates more,” he said. The fellows also asked Duncan how the government could tackle corruption, help entrepreneurs and improve the education system. National television RTI broadcast the “Edition Spécial” on March 8.

Andrew Young, 84, a close confidant of Martin Luther King, Jr and a key figure in Selma and Birmingham campaigns, later became the first black Congressman from the Deep South, the first African-American USUN Ambassador, and was twice elected Mayor of Atlanta. As Ambassador, he developed strong ties to African nations.