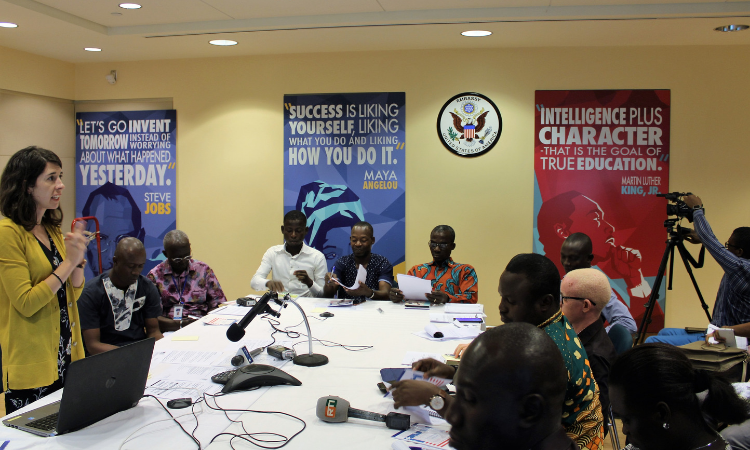 Information Officer Marion Wohlers and Journalists during the teleconference call

More than 20 journalists from major media outlets, including RTI, a state-run television and Fraternite Matin, Côte d’Ivoire’s prominent daily newspaper, participated in the telephonic press conference.  Ambassador Tibor P. Nagy, Assistant Secretary in the Bureau of African Affairs and Constance Hamilton, Assistant U.S. Trade Representative for Africa, spoke during the conference that focused on the African Growth and Opportunity Act (AGOA) Forum scheduled to be held in Abidjan on August 4-6. The Forum is expected to bring together senior government officials from the United States and 39 sub-Saharan African AGOA-eligible countries to discuss ways to deepen economic cooperation and increase trade between the United States and Africa.