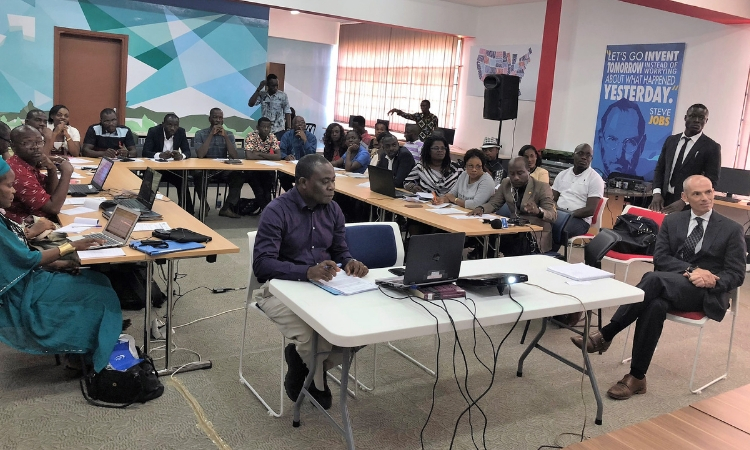 A view of the participants

More than 100 journalists from Cote d’Ivoire, Senegal, Benin, and Mauritania participated in a two-day IIP Interactive training dedicated to reporting on African elections on September 18-19.  With PAS Abidjan serving as anchor post, the event took a practical approach to the ethnical, security, legal and planning and other reporting challenges posed by African elections, and was conducted by two seasoned African reporters, senior VOA editors Idrissa Fall and Bagassi Kouram. The entirely of the conference was broadcast on Facebook Live, with more than 1,000 other people tuning in. The sessions featured practical discussion on how to manage security, ethics, and issues such as potential post-elections violence — matters most local reporters never obtain training for and never discuss across national boundaries.  It came just before Côte d’Ivoire’s hotly contested October 13 regional and municipal elections. Nearly 20 other elections are scheduled in Africa for 2018 and 2019. An expert from the National Press Authority, the Ivoirian regulatory body, also spoke in Abidjan on the margins of the conference on the Ivoirian media law and its limits—a session broadcast nationwide by broadcaster Radio de la Paix. After the conference, Ivoirian reporters set up a Whatsapp group to stay in touch. The reporters also asked for a regular series of such events to address issues ahead of  Cote d’Ivoire’s increasingly fractious political environment ahead of its 2020 Presidential elections.