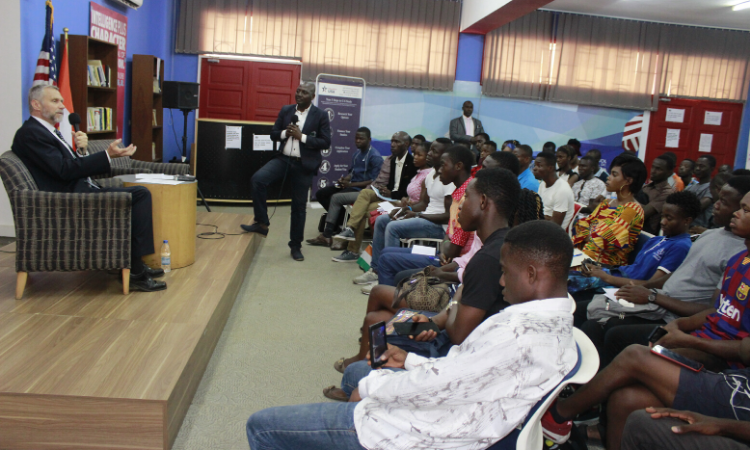 More than 100 students from Felix Houphouet-Boigny University. gathered at the American Space to participate in one of post’s monthly radio shows, Hello, America!, that featured Ambassador Richard Bell. The Ambassador’s participation in this live radio program, the first time since he arrived at Abidjan Post, helped strengthen the mutual understanding between the students and the Mission. During the one-hour conversation, the students asked the Ambassador a wide range of questions including about U.S. policy in Côte d’Ivoire, education, U.S. contributions to reinforcing security in the region, U.S. contribution to the upcoming elections in Côte d’Ivoire, and the ambassador’s experience as a diplomat. “Believe in your future, believe in the future of your country … It is with the responsibility of each person that a country is built,” he told the students, who received his responses with enthusiasm. The program was recorded by Radio Al Bayane, a Muslim radio station in Cote d’Ivoire.