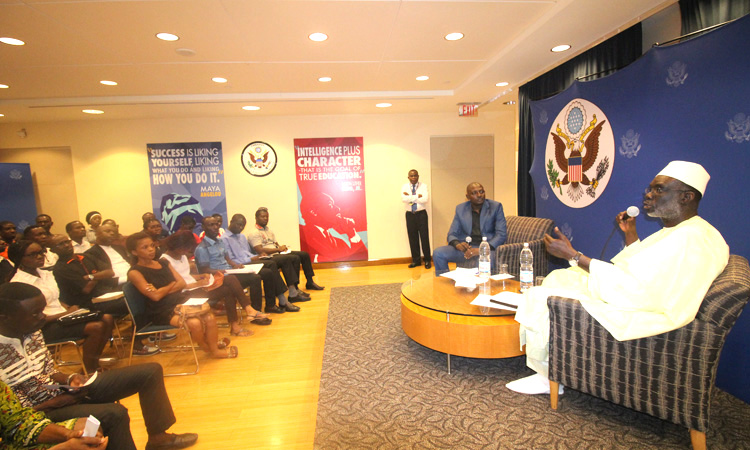 Embassy Abidjan seeks to engage key Ivoirian audiences through radio programs that are broadcast nationwide. Hello America is a new program that offers a platform for Americans living in Cote d’Ivoire to introduce themselves, the U.S. and by extension, American values and ideals through an interview with a live studio audience. The programs are recorded and broadcast though Mission Abidjan’s network of community radios.

For the inaugural edition of the Hello America radio program on October 20, 2016, Embassy Abidjan partnered with local Muslim radio station Al Bayane, with a national audience of over 1 million, to interview Dr. Serigne N’Diaye, the Director of the Global Health Security Program in Cote d’Ivoire.  Dr. N’Diaye is a naturalized Muslim-American, originally from Senegal. Together with Radio Al Bayane we transformed the Embassy’s multipurpose room into a radio studio and invited an audience to participate in the show. Over 50 youth leaders, including Muslin youth, participated in this lively, interactive show in which Dr. N’Diaye told his life story and answered questions from the participants who were eager to hear more about his experience in the U.S and ask for his advice on how to succeed in different career fields. Dr. N’Diaye touched on many important themes during the show, including diversity in the U.S., religious freedom in the U.S. and also the many educational and business opportunities in the U.S.