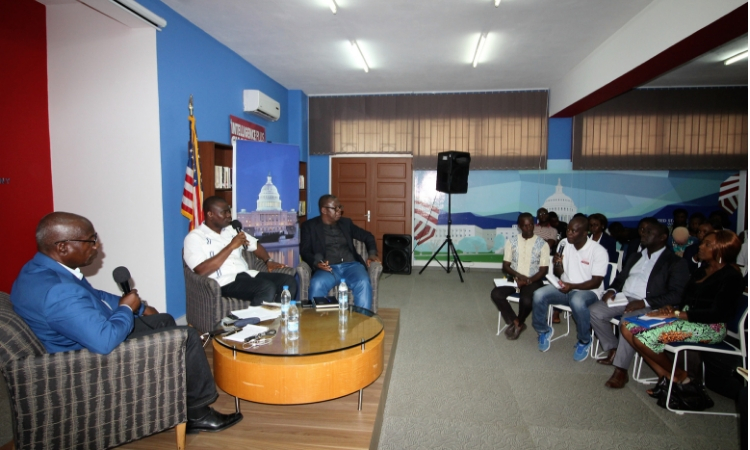 Public Affairs Section (PAS) Abidjan welcomed journalists, representatives of civil society, and students for a radio-recorded panel discussion on ways to improve media coverage of elections in Côte d’Ivoire. The forum, which was part of the U.S. Embassy’s Democracy in Progress monthly radio program, a partnership with the nationwide Radio de la Paix station, featured Zio Moussa and Augustin Kouyo, two prominent journalists. Moussa, who is also the president of OLPED, a media self-regulatory organization, said the coverage of the October 13 local elections was generally good but that some of the print outlets, including the state-run Fraternite Matin, did not balance their reports when covering the activities of the candidates. Kouyo insisted that both media and electoral laws should be reviewed to enable journalists to announce electoral results as they are being published at the polling centers. Information Officer Marion Wohlers emphasized the important role of the media in a democracy.