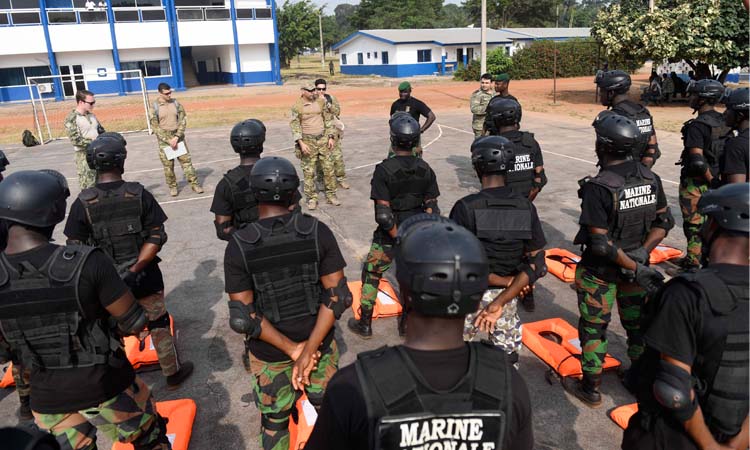 According to Navy Capt. Heidi Agle, Obangame Express officer in tactical command, “Maritime security is a collective effort, which is why Obangame Express is such an important exercise. The majority of the region’s economic activities rely on the safe and lawful use of the waters of the Gulf of Guinea. Obangame Express brings together and increases the collective ability of African, European, South American and U.S. maritime forces to address challenges that threaten the freedom and security of our oceans. This is accomplished through the use of real-world scenarios designed to increase the ability of Gulf of Guinea nations to deter piracy, illicit trafficking and other maritime threats. This exercise, in various forms and names over the years, has proven successful at increasing partner nations’ capabilities. I’m looking forward to once again working with our African partners to deter criminal activity at sea.”

The U.S. will provide multiple training teams and controllers operating in African partner nations and aboard partner vessels. Cote d’Ivoire’s participation in Obangame Express demonstrates evolving leadership exhibited by an African partner, after their initial participation as an observer in the 2015 exercise, to the 2017 exercise as the host nation.  The meaning of ‘Obangame” comes from the word belonging to the Fang people of Southern Cameroon that means “togetherness” which is the true spirit of this effort.