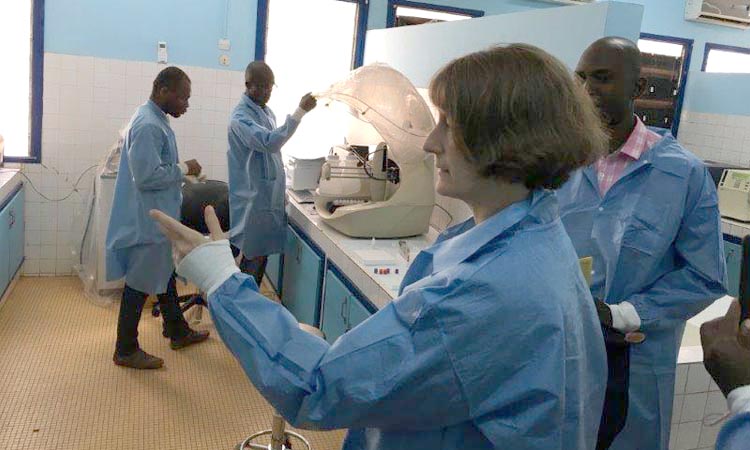 March 12, Abidjan – The Ministère de la Santé et de l’Hygiène Publique hosted its first-ever meeting on the strategic direction of the first nationwide study on the impact of HIV, a survey that has involved more than 20,000 individuals to date. The meeting took place on Monday in Abidjan.

The study, called the Côte d’Ivoire Population-based HIV Impact Assessment (CIPHIA), aims to test a nationally representative sample of Ivoirians and then use statistical models to create a picture of the current HIV epidemic in Côte d’Ivoire. The CIPHIA Steering Committee meeting held Monday in Abidjan provided strategic direction and oversight of the study, which began in August 2017.  About 9,000 households have participated thus far and provided blood samples. Preliminary results of the CIPHIA are expected by December 2018.

“These assessments are complex undertakings, and I applaud the high-level commitment and engagement of so many important stakeholders,” said U.S. Embassy’s Chargé d’Affaires Katherine Brucker.

“The United States and Côte d’Ivoire have a long-standing partnership on public health that goes back more than 30 years. We know good data are essential to achieving an AIDS-free generation, so I am encouraged by these productive discussions on how CIPHIA results can be useful,” she said.

Representatives from U.S. Centers for Disease Control and Prevention (CDC) attended the meeting at the invitation of Ministre de la Santé et de la l’Hygiène Publique Dr. Raymonde Goudou-Coffie, who leads the committee and was represented on Monday by the Directeur de Cabinet.

CDC County Director Dr. G. Laïssa Ouedraogo spoke at the meeting and explained that, when completed, CIPHIA will help Cote d’Ivoire better understand its HIV epidemic and better target its efforts to improve care for HIV-infected individuals and prevent new infections. She also commended the Ministry for its leadership and expertise.

Other committee members who provided welcoming remarks at the meeting included representatives from l’Institut National de la Statistique and the World Health Organization.

Funding for these Population-Based HIV Impact Assessments—including the one for Côte d’Ivoire—came from the U.S. President’s Emergency Plan for AIDS Relief (PEPFAR). In 2018, PEPFAR is celebrating 15 years of saving lives through American generosity and partnerships.