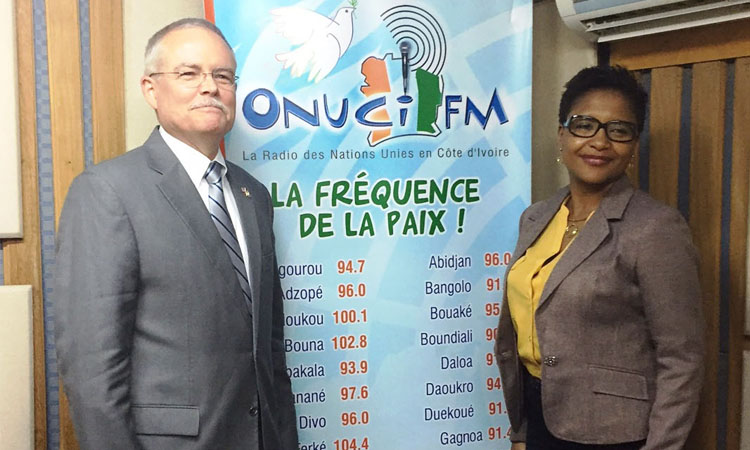 Chargé d’Affaires Andrew Haviland stressed the continued engagement of the United States government (USG) in Cote d’Ivoire in a New Year media outreach. In the traditional New Years’ greetings offered by the diplomatic corps and broadcast on state-wide television, Charge Haviland used the opportunity to outline the four pillars of Mission Abidjan’s Integrated Country Strategy strategy and to reinforce the enduring partnership between our two countries.