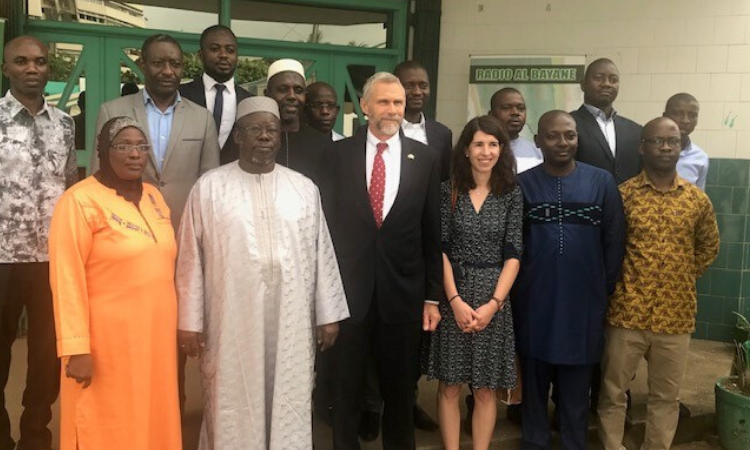 Ambassador Richard Bell visited the studio of Radio Al Bayane, a Muslim radio station in Côte d’Ivoire to promote religious freedom, social cohesion, and peace ahead of the October 2020 presidential election in Côte d’Ivoire. Ambassador Bell, who met with Radio Al Bayane head Imam Djiguiba Cisse, and journalists, reaffirmed Mission’s commitment to working together with all religious communities to strengthen democracy. “The United States respects all religious denominations (…) We respect the role of all religions in living together,” he said. Al Bayane’s director told the Ambassador that the group will be launching a television that will be the first Muslim channel in Côte d’Ivoire. Ambassador Bell stressed the important role of the media in strengthening democracy. He also emphasized on the responsibility on the part of the journalists in providing the public with fair and balanced information.