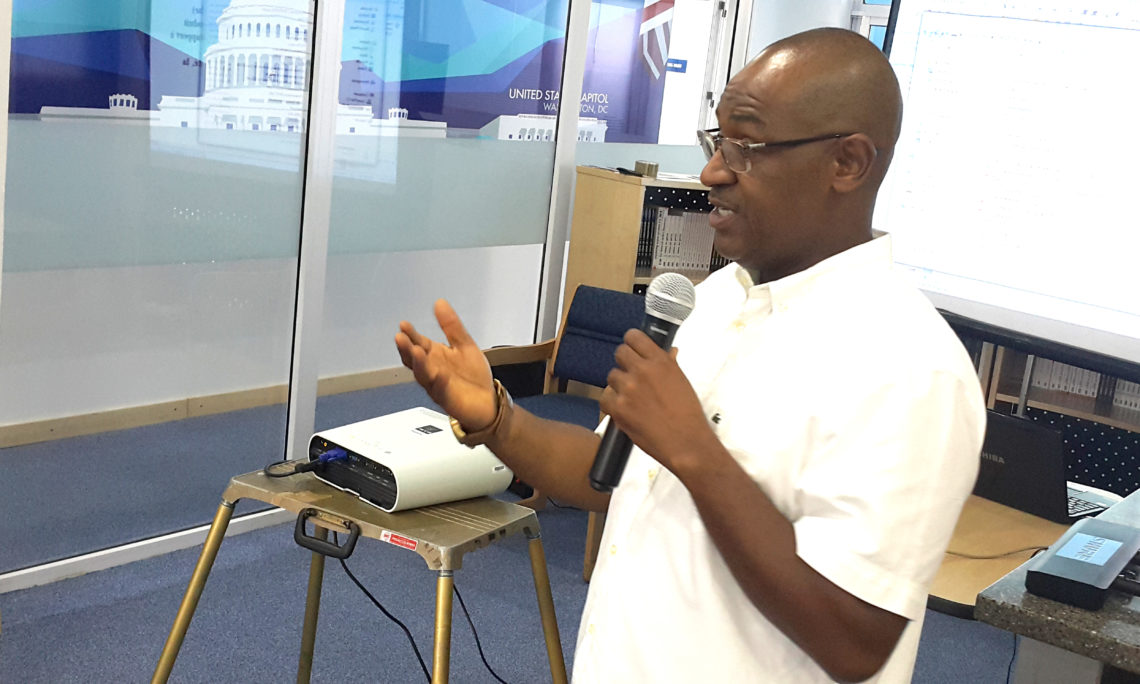 On August 4, 2016, U.S.-based businessman Brahima Koné outlined his up-from-the-bootstraps entrepreneurship story and described the fundamentals of starting and growing an import-export business to a rapt audience at the Andrew Young Center for Entrepreneurship. The target-of-opportunity speaker program, funded by IIP, was made possible because Koné, who immigrated to the United States after growing up in Abidjan, was visiting family. The session, focusing on importing African food goods to the United States, directly supported Mission Abidjan’s third ICS goal of supporting broad-based economic growth and resulted in at least one new commercial relationship between Mr. Koné and an audience member. “It was a great program,” said one visitor, who had traveled from the northern city of Bouake, to attend the session.