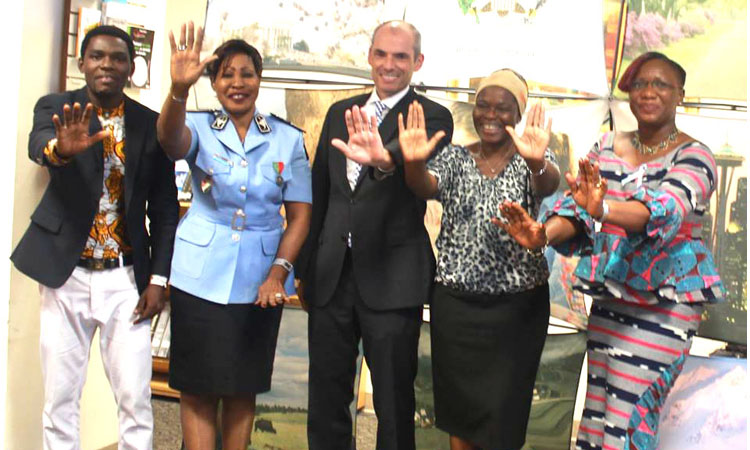 The Public Affairs section of U.S. Embassy Abidjan hosted more than 80 women and men for a discussion of the Nouveau Horizons translated novel “Half the Sky,” with a panel moderated by Cote d’Ivoire’s highest-ranking female police officer, Yvonne Oulai, a Principal Commissioner of Cote d’Ivoire’s National Police. The discussion was focused on the destabilizing economic and political impacts of gender-based violence, and those present made pledges to continue their activism in their own neighborhoods. “This violence impedes both economic growth and a country’s democratic development, two of the U.S. Embassy’s most important goals in this beautiful country,” said Public Affairs Officer Dan Langenkamp.